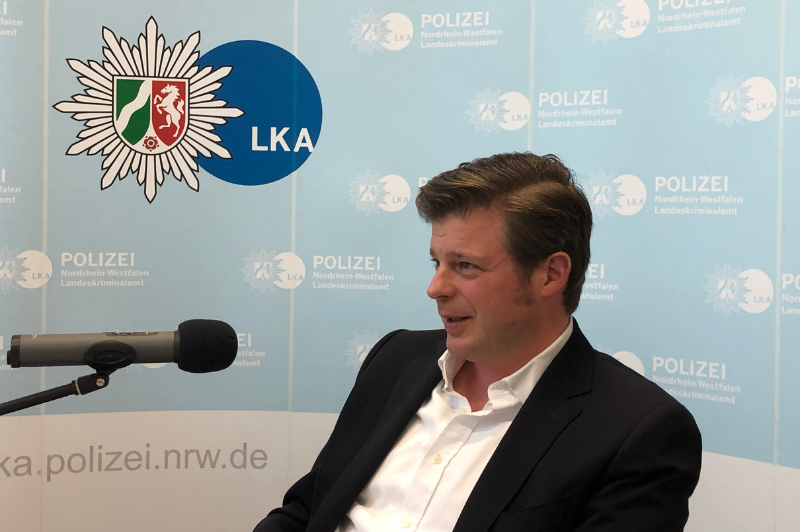 Colin B. Nierenz has been in the police service since 1993. After his training in the intermediate police service and his studies at the University of Applied Sciences for Public Administration, he worked as a patrol officer at the Altstadtwache in Düsseldorf until 2004.  In the following four years, he worked as an investigator against organized crime in Düsseldorf. In 2012, he completed a master’s degree at the German Police University, which qualified him for the higher service.After his studies, he first headed the service and state control center of the NRW police for three years and then the criminal inspection 4 at the Essen police headquarters for two years.From 2017 to 2021, Colin B. Nierenz worked as head of Criminal Investigation Department 2 at the Duisburg Police Headquarters, which is responsible for organized crime, narcotics and white-collar crime, victim protection and prevention. Since February 2021, he has been a criminal director at the LKA NRW and head of Department 31, which deals with evaluation and analysis, operational case analysis and BAO cold cases.

Colin B. Nierenz will be present as an expert after THE DEAL.